The SEC Network features live broadcasts of SEC football games on television and streamed in high definition over the Internet.

Hard to find SEC sports programming is finally at our fingertips and on demand.

Watch SEC Football Games Live Online – Our collection of game streams for each of the 14 SEC schools.

The Southeastern Conference and ESPN have formed a new television network and online platform to showcase SEC sports to the masses.

ESPN owns the SEC Network and the Southeastern Conference owns all of the content.

The new SEC Network features over 1,000 games, matches and events the first year alone, 450 games on TV and another 550 games streaming live online.

Some of the SEC Network’s original programming besides actual sports telecasts include:

During the first year of live programming, there will be forty-five SEC football games, over one hundred SEC basketball games, seventy-five SEC baseball games and a huge selection of events from the seventeen other SEC sports broadcasted both on the television network and streamed live online.

This means that during football season, the league is slated to offer three games each weekend exclusively on the SEC Network – an early game at 11:00AM, an afternoon game at 3PM and a night game at 6:30PM.

Each game will be broadcast live online on the SEC network. 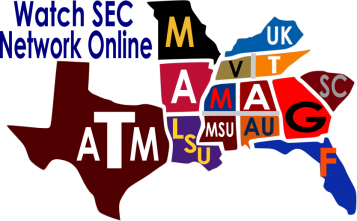 Subscribers will also be able to access additional programming from each of the member schools on SEC Network Online.

The channel will feature historic coverage of SEC football games and programming tailored to each SEC team, especially online.

The goal of the new network is for all fourteen schools to produce enough original content to fill the SEC Network with programming 24 hours a day.

Each school has invested millions of dollars updating their facilities to be able to meet ESPN television and digital requirements for broadcasts.

The conference and member schools have made the commitment to produce new and exciting content and ESPN will be hiring over 100 new employees to help the SEC Network be successful from the start.

This means that there should be more than enough content for all SEC football fans!

And, the games will be spread across all ESPN platforms including ESPN2 and ESPNU. 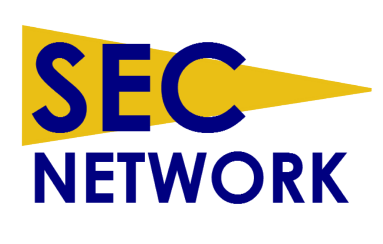 Some other changes to look for when the SEC Network goes online:

ESPN is currently in talks with cable providers around the country and infrastructure must be added.

This includes over 100 new jobs and major investment from ESPN, not to mention huge investments made by the conference and the universities.

The SEC Network’s home will be Charlotte, housed in the brand new, $20 million ESPNU facility.