We’ve been putting together the SEC Football Schedule Grid now for 16 seasons – since 2007 – plus one season disrupted by Covid-19. To celebrate, we’re gonna dive deep into some SEC football scheduling over the last few years. Do you want to take a guess how many SEC football games have been played since we started this journey? 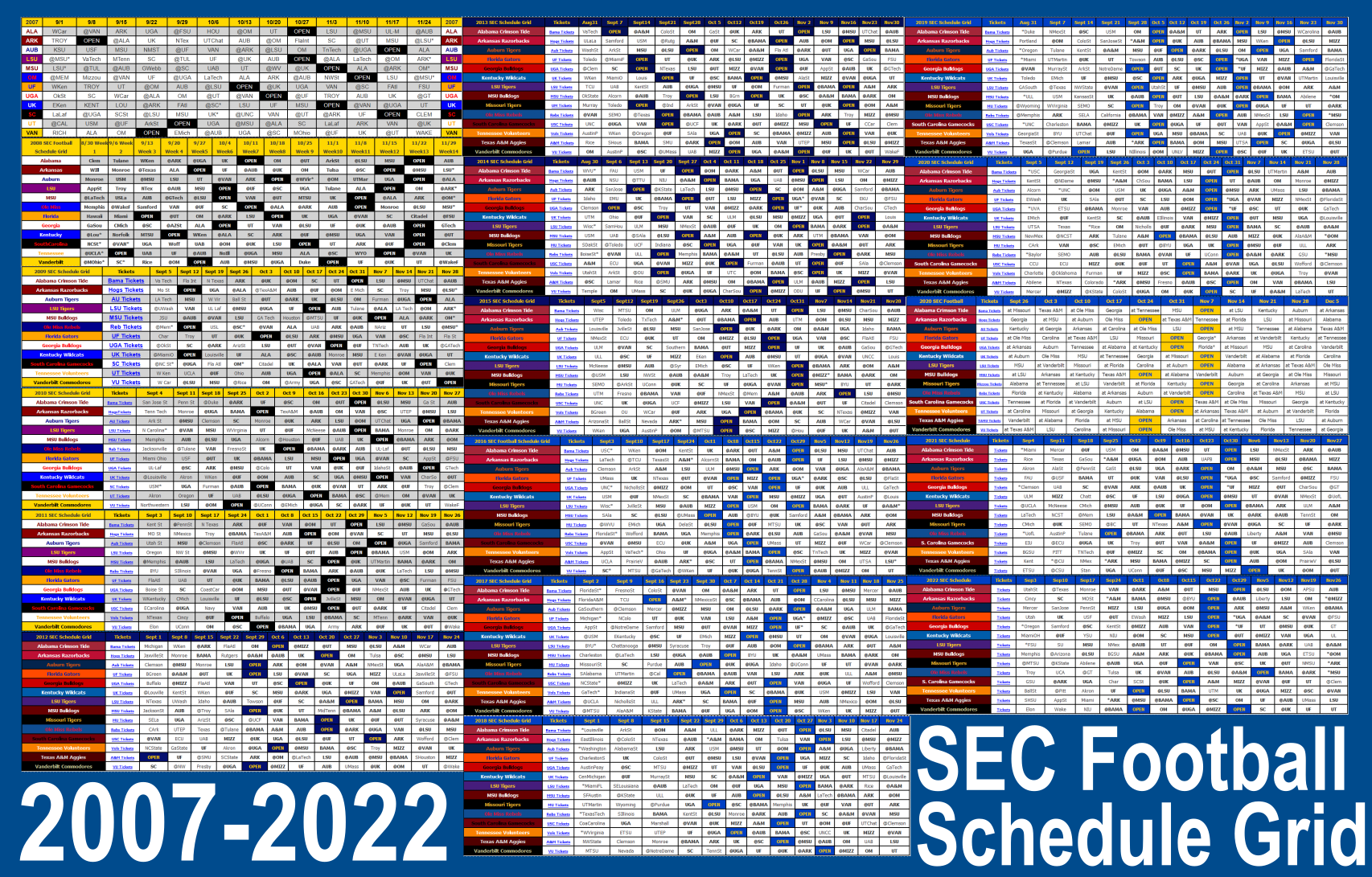 Think about how much history and excitement and tradition and entertainment that’s happened in the Southeastern Conference since the 2007 season. A lot, you say? Well let’s give y’all some facts and maybe answer a few trivia questions.