The SEC football season has come to a close and now we look forward to a terrific slate of Bowl Games played around the New Year.

The SEC has agreements to fill ten bowl slots and this year’s bowl action looks to be a lot of fun!

In this post we help SEC fans find out how to watch bowl games online free. 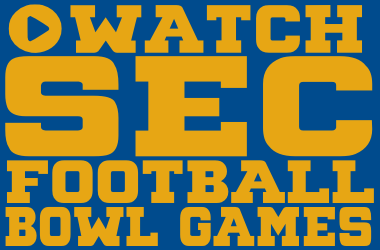 All game times are Central:

How to watch the College Football Playoffs online: